Home
Humanity
Husband Secretly Buys Bench In Wife’s Favorite Park, But She Loses It When She Sees Love Note

On July 1, 2017, Anna Wiese captured a special memory for her mom and dad. Specifically, she caught the moment that her dad Jeff gifted her mom Pam with a 30th-anniversary present in their hometown of Medina County, Ohio.

The couple loves to go on walks together in the park, so he decided on a present that would last a lifetime.

Jeff presented his wife of 30 years with a bench inside their favorite park. On it is an engraved plaque dedicated to their 30-year anniversary.

Anna was able to snap a photo of her mom covering her face with her hand after seeing the bench, as well as a photo of Mom sitting on the bench.

The daughter then uploaded four photos to Twitter, where it has taken the internet by storm. So far, the post has received 346,752 likes and over 71,000 retweets.

Keep scrolling to see why this post became so popular and why so many are sharing it online! 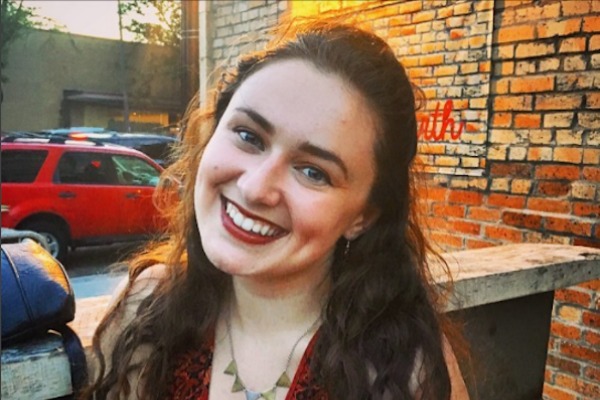 This is Anna Wiese. She captured the moment her mom Pam saw the bench and plaque that her dad, Jeff, gifted his wife for their 30th wedding anniversary. Anna then posted the photos on her Twitter account. 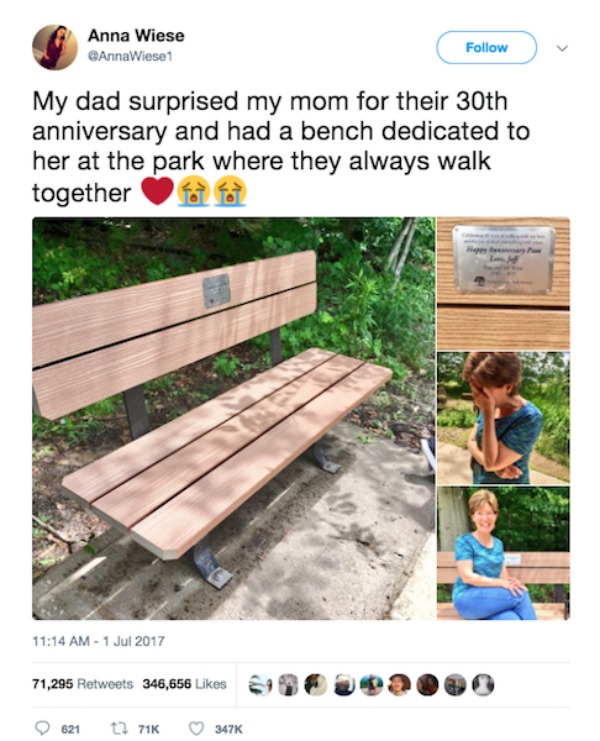 Anna posted a series of four photos to her Twitter page on July 1, 2017. So far, the touching anniversary gift has received 346,752 likes, 71,345 retweets and 624 comments. The first photo Anna posted was of the bench itself. 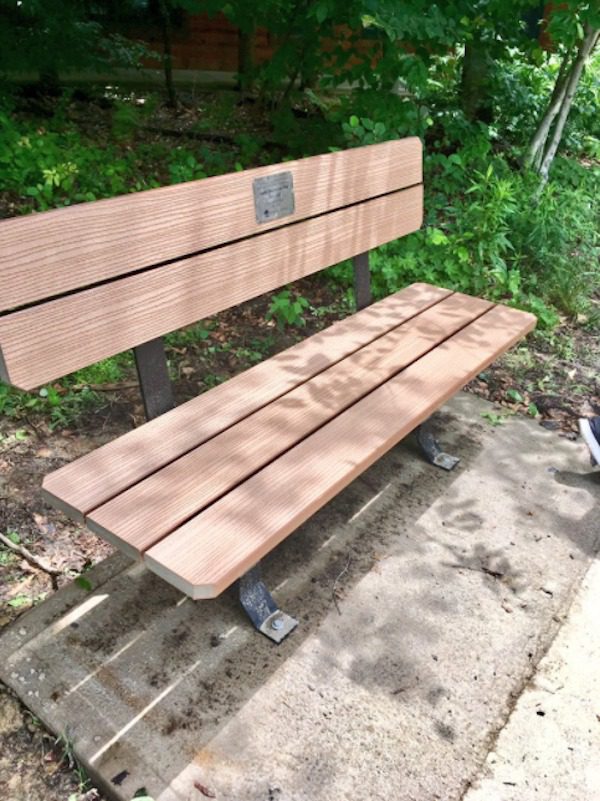 Anna’s dad put a plaque on a bench in the park in Ohio that he and his wife have walked in for years. It’s definitely a gift that’ll last a lifetime, and Anna’s mom couldn’t believe it! 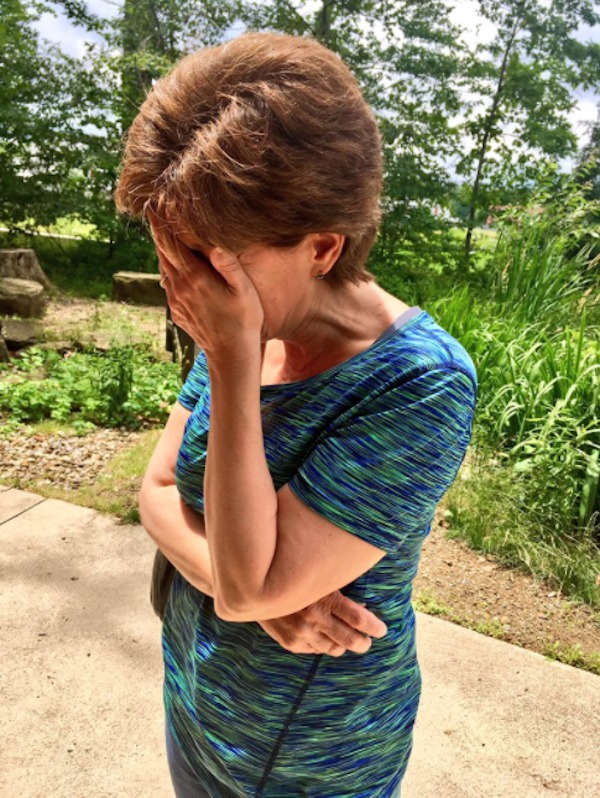 Anna snapped this photo of her mom covering her face in shock when she saw the thoughtful gift her husband gave her for their 30th wedding anniversary. The plaque was dedicated to their love and time they’ve spent in the park. 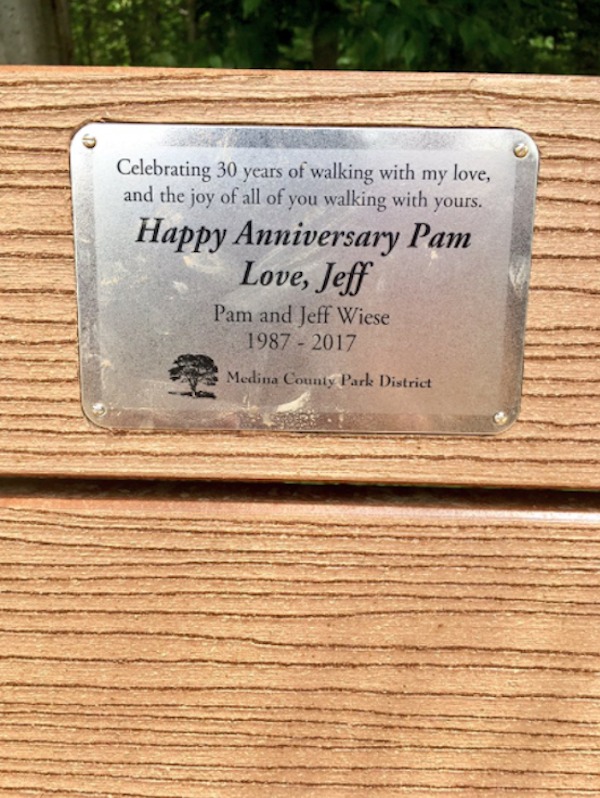 The plaque on the bench celebrates the happy couple’s 30 years together, as well as the memory of their time walking in the Ohio park. After reading it, Pam had to try the bench out. 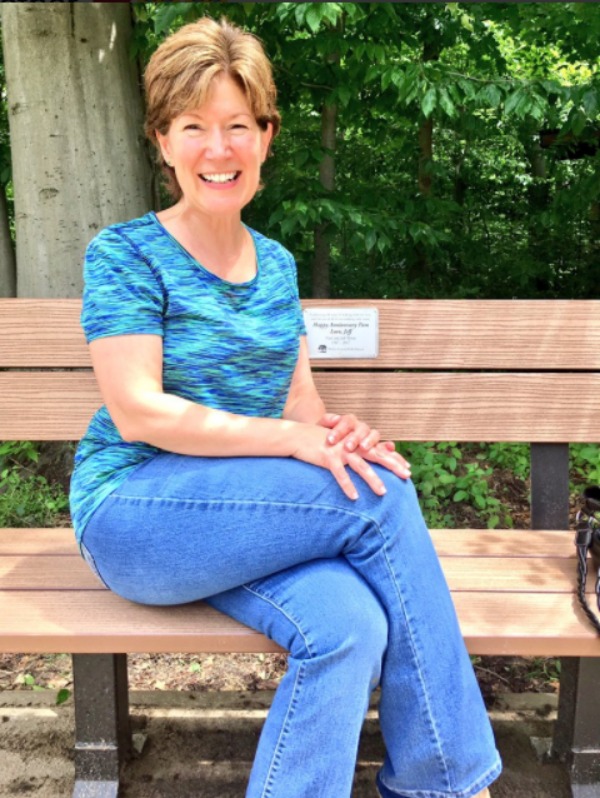 Anna took this photo of her mom sitting on the bench Jeff bought just for her! Twitter users couldn’t get enough of the thoughtful anniversary gift!

One Twitter user named Meg thought it was a beautiful gift for the couple’s anniversary.

Another Twitter user named Chuck was one of 624 commenters, and he thinks Jeff wins Husband Of The Year for his gift and “expert level husbanding” — we agree!