A Chicago family claims a false lice allegation got them booted from a Disneyland-bound Southwest Airlines flight — and they want someone held accountable for the head-scratching ordeal. 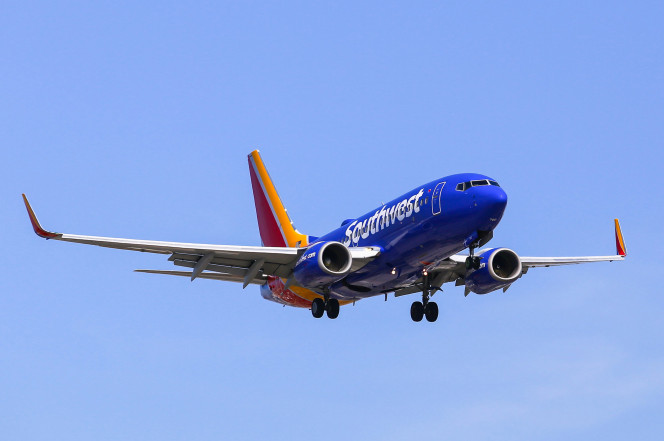 The Newmans were kicked off the Illinois-to-California flight Friday after J. Newman’s wife noticed something in their daughter’s hair, NBC 5 reports.

But 30 minutes later, a Southwest Airlines gate agent approached Newman, his wife and the couple’s two daughters, ages 6 and 4, to break the news that they wouldn’t be boarding the flight after several customers complained.

“That they saw my wife going through my daughter’s hair and that she might have lice,” Newman said. “And we looked at each other like, are you serious right now or is this a joke?”

In a statement to NBC 5, Southwest Airlines said employees were approached by several customers “with concerns about a fellow passenger in the gate area exhibiting behavior consistent with a highly contagious” medical condition.

“We never want to inconvenience customers but when we receive concerns from multiple people, we’re obligated to look into them,” the statement continued.

Apparently those concerns — totally unfounded, according to Newman — were enough to keep the family off the flight.

“We don’t even have lice,” Newman said. “That’s the crazy thing. Our daughter doesn’t have lice. So, why they would do this to us, I have no idea.”

Newman suggested that perhaps his family was bumped due to overbooking, but Southwest said the flight, which was delayed for five hours, was not oversold. The family was told the next flight they could board would be in two days.

Newman said they never received an apology or any compensation from the airline due to unexpected expenses related to the missed flight. The airline is working with the family directly, NBC 5 reports.

“My daughter is hysterical because she thinks this is her fault that she’s not going to Disneyland,” Newman told the station.

Brandy King, a spokesperson for Southwest Airlines, told The Post on Tuesday that the airline refunded the cost of the family’s tickets and apologized for the incident.

“Based on a conversation our employees had with the family, we determined it would be best to rebook their travel for the following day,” King said in a statement. “Our employees are responsible for the well-being of hundreds of thousands of customers daily and are well-known for the care and hospitality they provide. Our goal is for every customer to have a positive experience while traveling Southwest and we do our best to deliver on that commitment while keeping the health and safety of our customers and fellow employees as our top priority.”

King said she believed the Newmans ultimately got on the next nonstop flight from Chicago to Oakland on Sunday.