Mary Edwards, 70, of Port Chester, is suing a New York City surgeon whom she claims took a Spanish test on his cell phone during her procedure.

Edwards, who was awake during the outpatient procedure for vascular surgery, noticed Dr. Eric Fishman of Westmed Medical Group was distracted and speaking Spanish into his device. 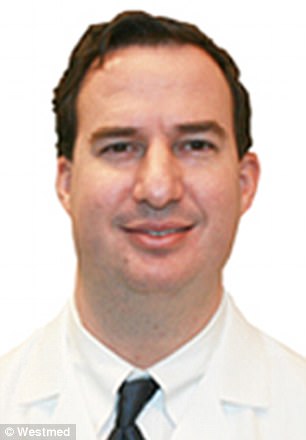 Dr. Eric Fishman of Westmed Medical Group (shown from his medical profile) has been sued by a patient for taking a Spanish test on his phone during an operation

The infuriated patient filed a lawsuit in state Supreme Court, seeking ‘monetary damages’ from the event. She claims it caused her severe emotional distress.

The renowned doctor has stellar reviews on the medical center’s official website. Edwards visited the doctor twice this year for her varicose vein problem.

She was stunned when she saw Fishman fumbling around during her second operation. The lawsuit notes that the American College of Surgeons prohibits cell phone use during operations. 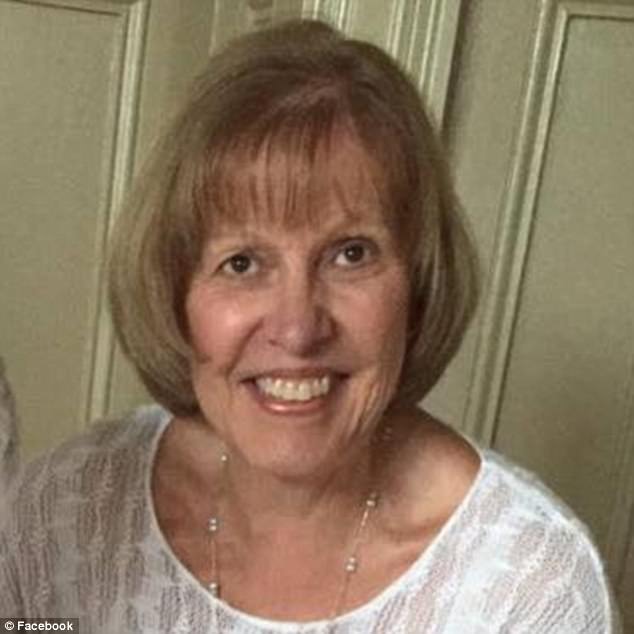 Mary Edwards, 70, of Port Chester, was alert during vascular surgery in September when she noticed Fishman was using his device 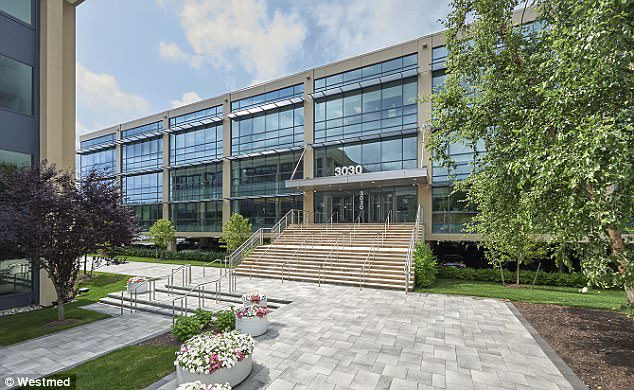 The patient’s lawyer said his client was ‘in absolute terror’ during the incident.

‘She had no clue what was going on until after,’ Mitchell Baker said. Edwards was told the full story when she asked the doctor what he was doing at the time, and he confirmed he had been taking the Spanish test.

Dr. Fishman told her the time of her operation was the ‘only’ moment he had free to practice his skills.

Baker said: ‘(There is an argument that) in an emergency (cellphones) can be helpful. But this was no emergency.’ 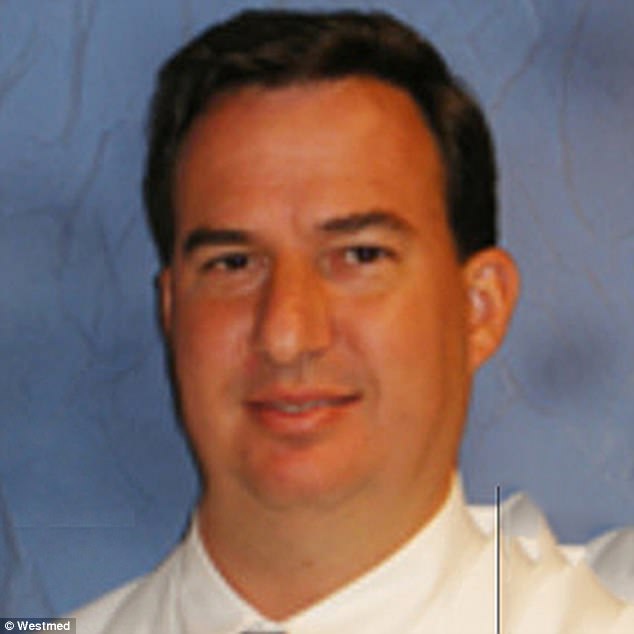 Dr. Fishman (pictured) has stellar reviews on his medical profile. One person even praised his proficiency in Spanish 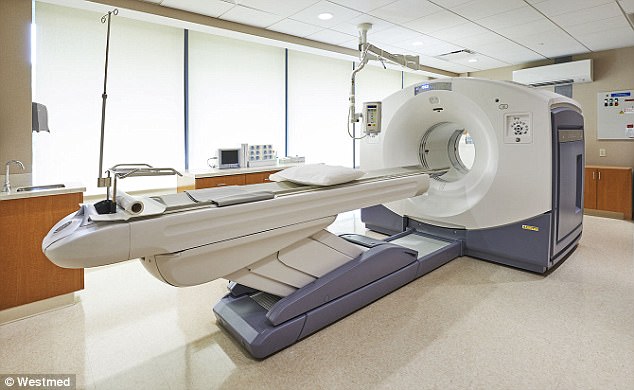 Dr. Fishman’s medical profile notes his proficiency in the language.

The complaint further stated the doctor violated policy previously in April when he discussed a patient’s medical condition with another in his office.

Officials working at the center have deemed his behavior to be ‘inappropriate’. 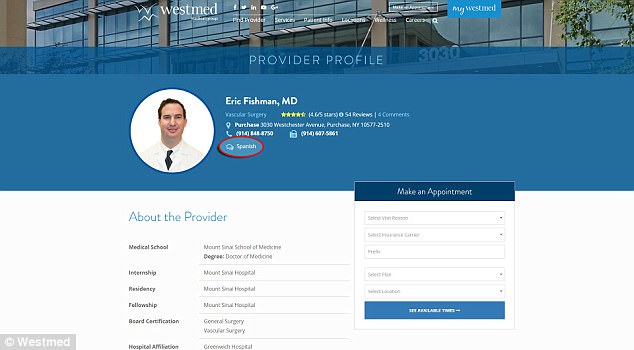 Fishman’s profile is shown above. The surgeon received 4.6/5 stars in his reviews from patients

Fishman received his doctorate degree from Mount Sinai School of Medicine and has been affiliated with numerous hospitals in New York.  His office is located at 3030 Westchester Avenue in the hamlet of Purchase.

‘An excellent doctor. Thank you very much for having doctors of the human & personal quality of *Dr. Eric Fishman & speaks Spanish,’ one patient wrote back in July to his reviews section.

Another said in May they thought ‘everything was handled well’ during their operation.

While one more added in January: ‘Dr. Eric Fishman saved my life along with his wonderful staff. God bless all of them.’ 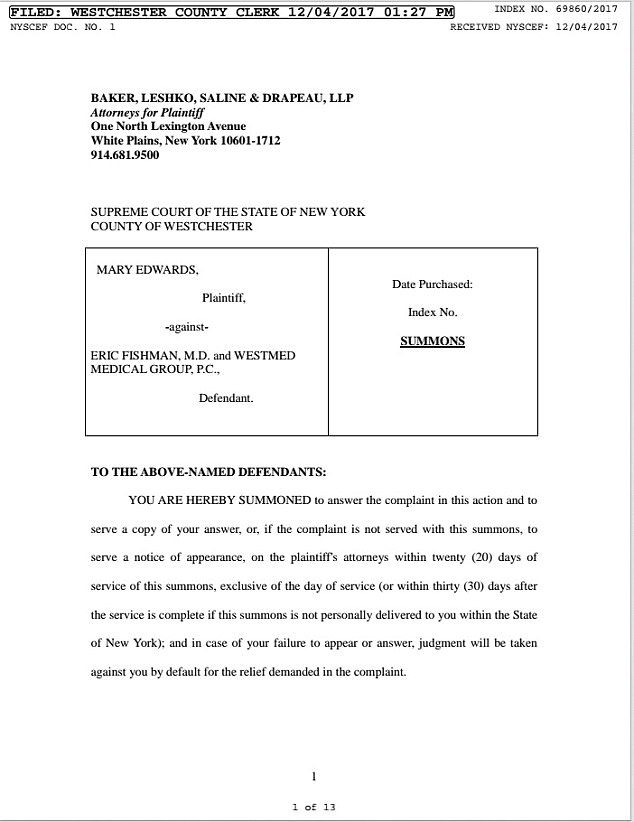 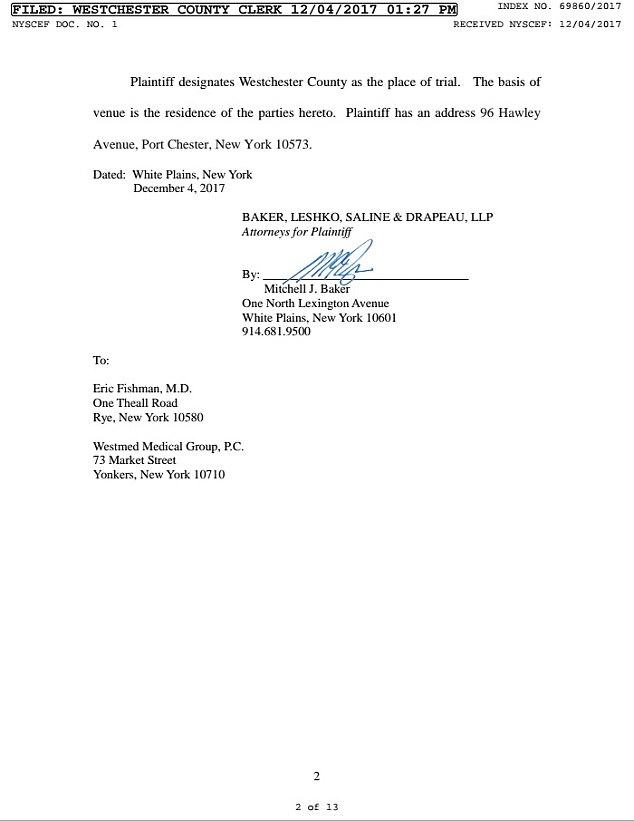 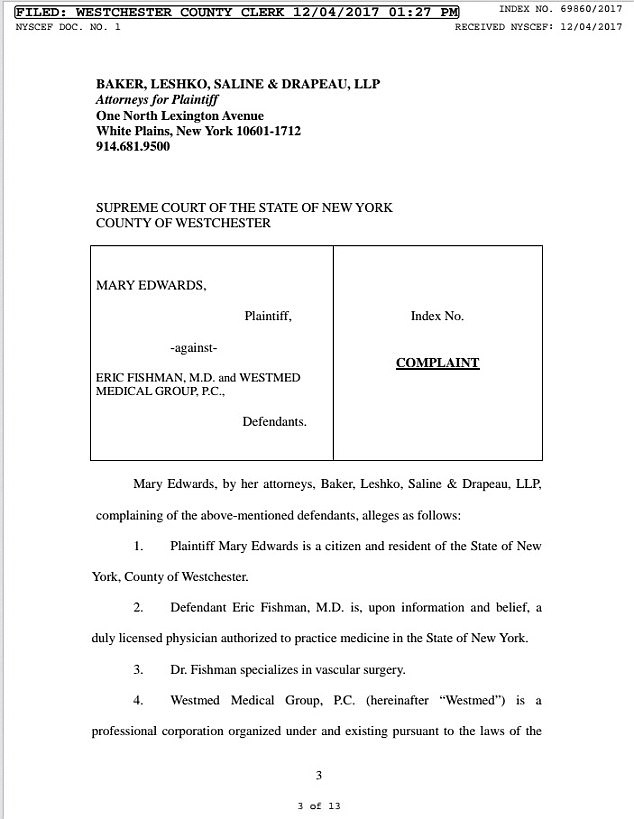