Home
Humanity
Teen Crashes Car While Reaching For His Phone

There are over 2.5 million traffic accidents in the United States every year.  Over 64% of these accidents involve a cellphone. In 2014 alone, more than 3,179 people were killed in accidents involving distracted drivers. 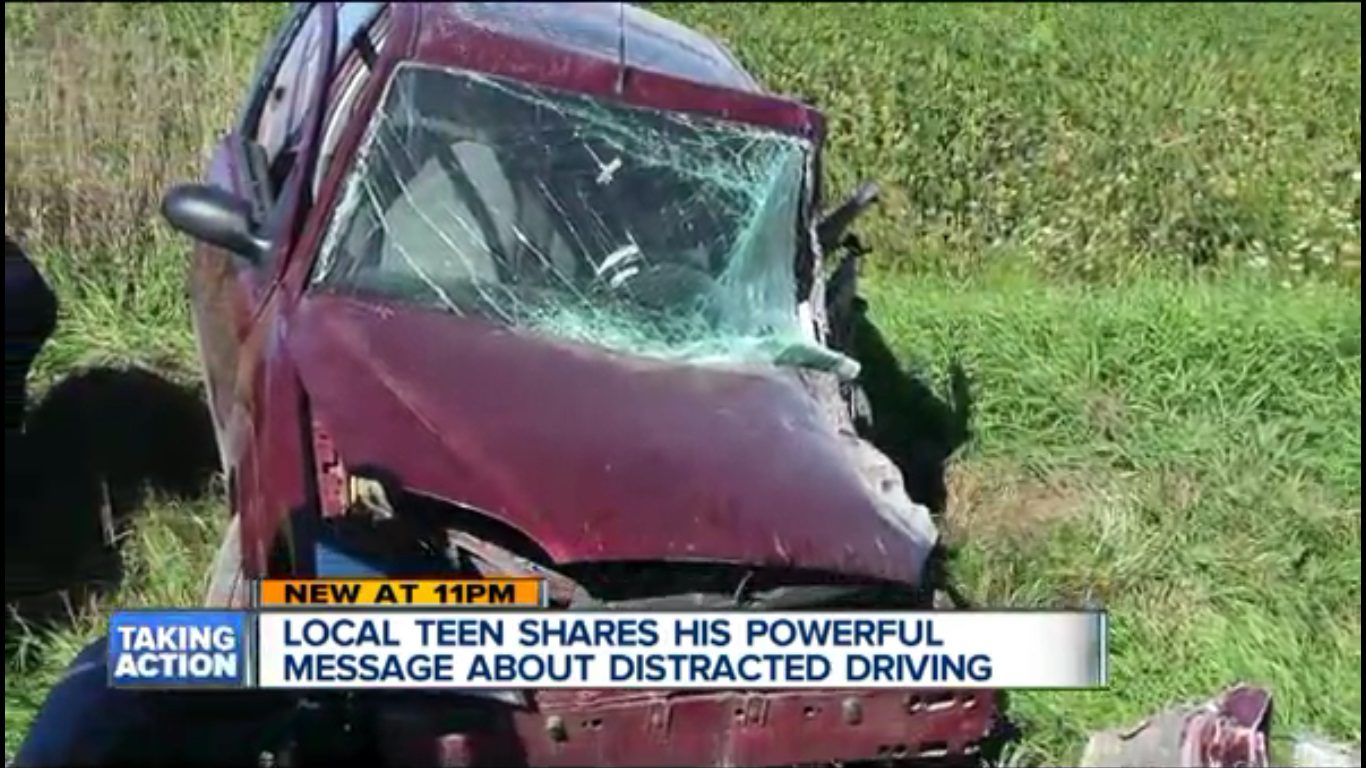 On September 2, 2016, 17-year-old Matt Reeves, a Manchester High School senior was driving through town in his mother’s car when his cell phone, resting on the center console, slipped off and slid under the pedals. Instead of pulling off of the road, Reeves slowed down and took his foot of the gas.

“I didn’t feel like it would be that long to grab it, but when I came up it was too late,” he said.

In the seconds it took Reeves to grab his phone, he crashed into the back of an SUV waiting to turn. 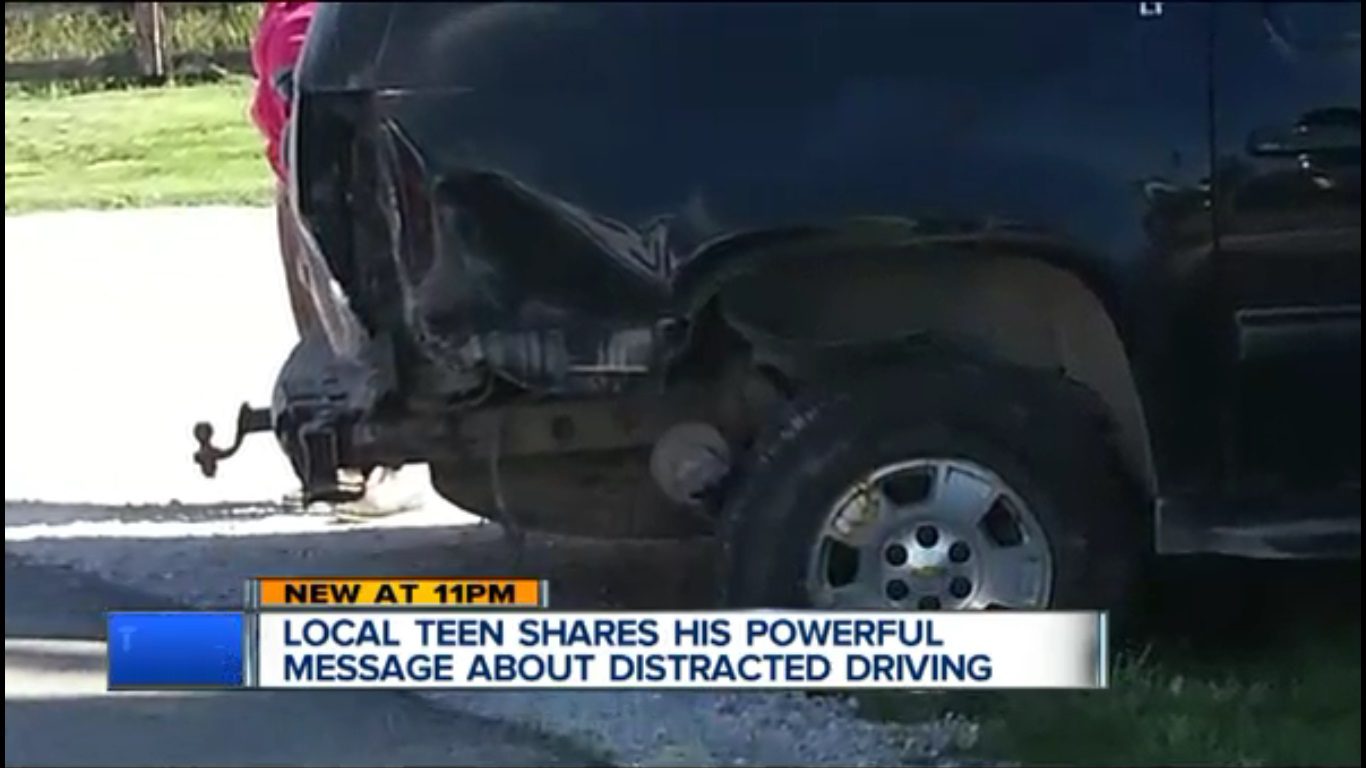 Reeves recalled the crash saying, “I saw the rear end of the black SUV and I just remember hitting it really hard.”

The other driver happened to be a nurse and rushed to help him. She kept him stable until the emergency crews arrived.

Reeves had severe injuries, including fractures in his nose, jaw, skull, and eye socket, an injured shoulder, a deep gash in his forehead and a serious concussion.

Despite his injuries, Reeves says that it could have been far worse. He could have been seriously injured, or even killed someone else, just by taking his eyes off of the road. 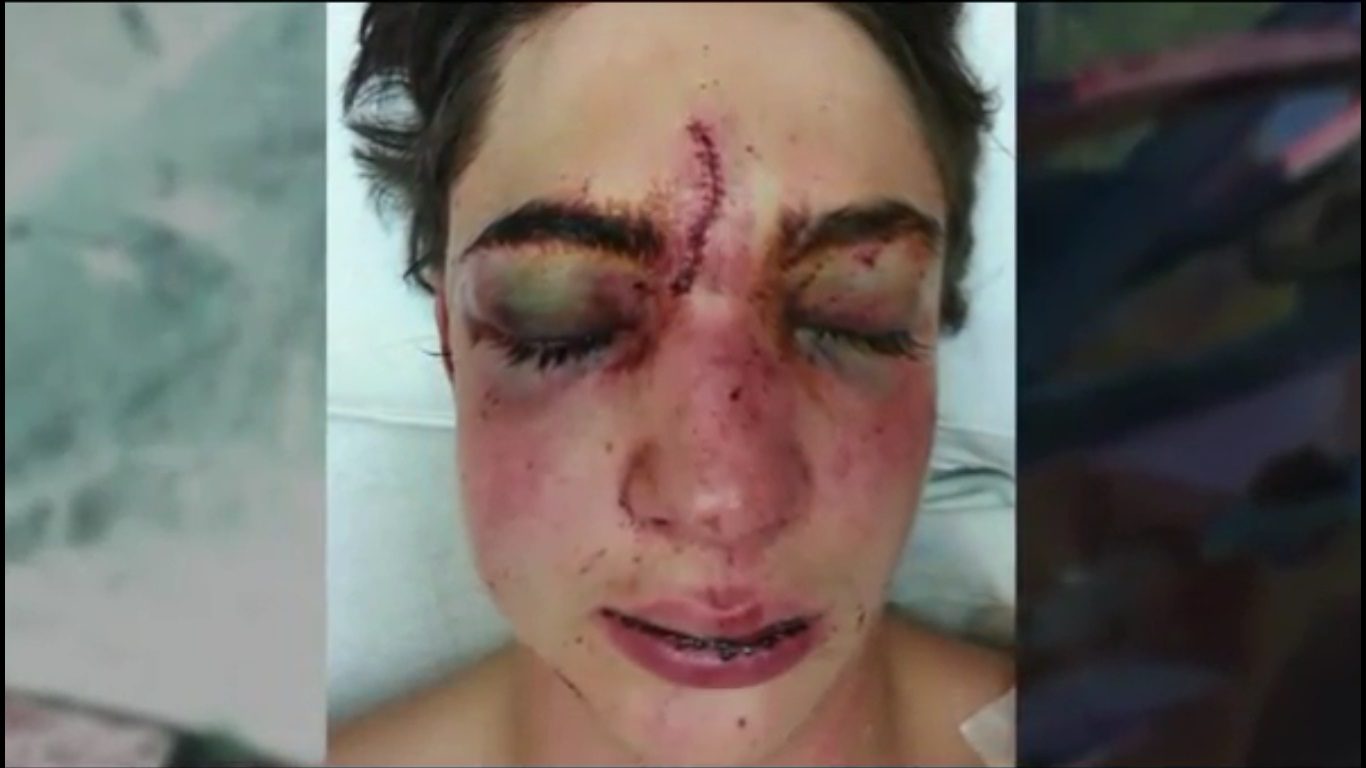 Reeves mother Linda shared his story on Facebook to help prevent another accident like this happening. She ended her post – “Put the damn phones off and in a place you can’t be tempted to reach for it. Matt was lucky. This could have had a different outcome.”

Matt has made a full recovery in only two months. He says he will never look at his phone while driving again, because he knows just how dangerous distracted driving can be.

He and his parents plan to continue speaking out on the dangers of phones and other distractions while driving.

US studies say that every day 11 teenagers die because they were texting while driving. Since they began speaking out about it, Linda says they’re hearing from loved ones and strangers who say they’ve already changed their habits while driving.