Home
Entertainment
&
Humanity
Grandma Walks On Stage And When She Cues For Music, Crowd Erupts Into Cheers

Dancing is one of those activities that can be enjoyed by all ages and anyone who says otherwise is completely wrong. From a very young age, babies learn to move their bodies to music and flail their arms to a tune. They even offer dance and music classes for babies as young as six months old. 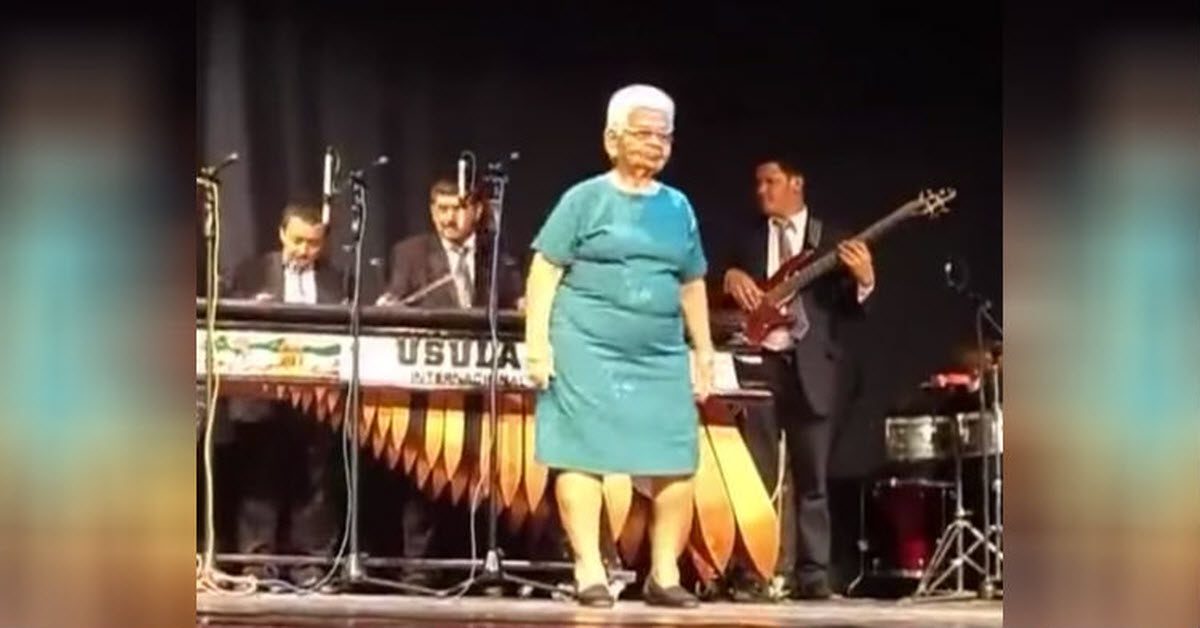 A great place to see how music and dancing affects a variety of ages is to take a look at a dance floor during a wedding. It’s typically packed with anyone from a tumbling toddler to a two-stepping elderly couple. And everyone is smiling. Dancing and music is one thing in life that is mutually enjoyed by all and can be taught at any age. It is the center of all of lives major events including prom, weddings, social gatherings, and festivals.

One woman proved that she still had her dancing skills, as she got on stage and took the audience by surprise with her adept salsa moves.

In the video below, you can see the spectacular moves for yourself. They call her grandma, but the way she shakes it is anything but “grandma-like.”

When the woman, who is known as the “Abuelita,” which is a mexican hot chocolate drink, first gets on the stage, she looks a tad lost. As the band plays behind her, she very gently rocks her hips from side to side and it doesn’t look like she is going to do much more. You can almost feel the tension in the audience.

Just when you start to feel bad for her, thinking that she is embarrassing herself, she takes that hip shaking to another level. As the music gets a bit faster, so does the Abuelita. She throws hand gestures in and begins to pick up pace, right in sync with the music. And she makes use of the stage floor as she completes her well-rehearsed dance number in a full circle, showing off that behind.

It doesn’t stop there though. The Abuelita shows us how to get low and she doesn’t hold back. While she continues to move those hips, she sinks lower to the floor and the crowd starts to go wild, hooting and hollering. It’s as if she has spent hours rehearsing with the band. And that smile doesn’t leave her face the entire time she dances, adding to her natural ease on the stage.

We don’t know how hold the Abuelita is and we don’t know if she has had a single dance lesson in her life, but we certainly cannot deny the fact that this woman knows how to salsa like the best of them. And good for her, because not only is dancing a great source of exercise, but it is also known to naturally put a smile on your face and get your endorphins flowing. We can assume that she had quite a few guests of the venue approach her following her performance. Maybe she gave them so tips on how to shake those hips?