After a 27-year-old woman crashed into a fire hydrant in Los Angeles, she left something behind-—her 2-year-old son. When police officers arrived at the crash scene they thought it was a typical hit-and-run situation.  Then they looked in the backseat of the vehicle. That’s where they found a baby crying uncontrollably.

LAPD Officer John Neal Cooke picked up the toddler, who was reaching out to him, and comforted him. Cooke has seen a lot in his seven years as an LAPD officer, he said he was surprised to find the boy in the car.

“It was pretty shocking to think, not only did she leave him at all, but the fact she left him in such a dangerous situation,” he said. 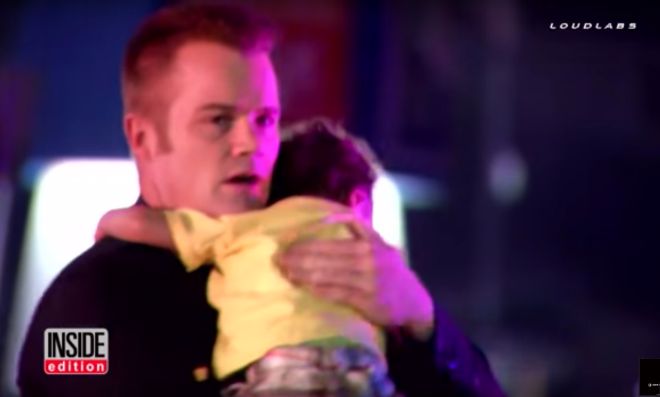 While Cooke calmed and soothed the child, patting him on the back and giving him a bottle, he was being filmed and it soon went viral.

The boy was taken to a hospital for examination and then turned over to the Los Angeles County Department of Children and Family Services. Cooke said that he thinks the boy was released to relatives. He said he plans to visit him soon.