The information contained in this 42-second video clip could save your life. This is a demonstration of a cross choke technique that can be used from a bottom position, as is the case for most sexual assault victims. 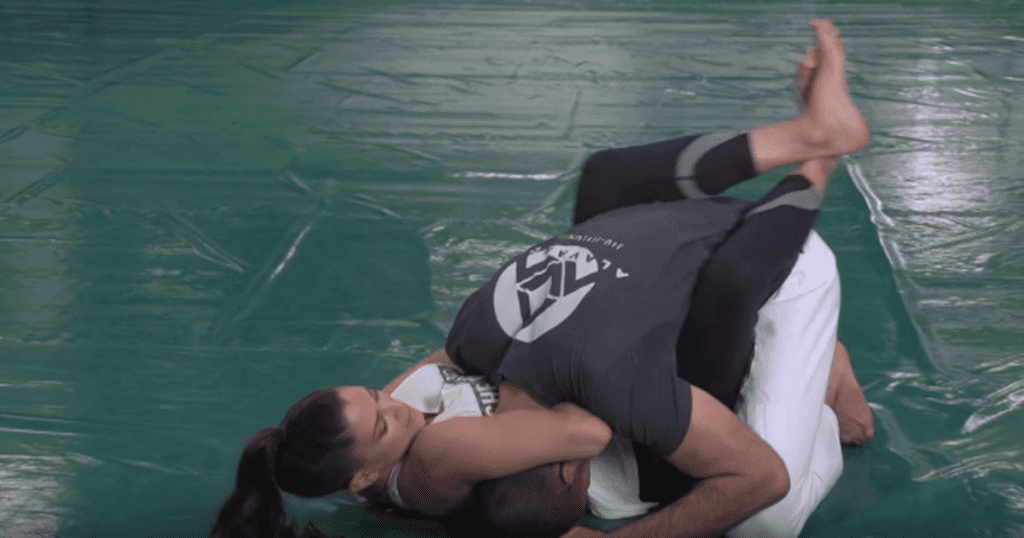 Jiu-jitsu black belt Rener Gracie, of the internationally known Gracie Academy, and his wife Eve Torres, a former WWE Diva posted this 11-minute video on the YouTube channel GracieBreakdown.  It demonstrates three chokes that can render an assailant unconscious in six seconds. The self-defense experts were motivated to create the video after an April 2016 incident in which a Los Angeles woman was assaulted by a man pretending to be a driver for a ride-sharing company. The woman got away, and Gracie and Torres felt the incident highlighted a need to share self-defense techniques specific to assaults in close quarters.

The couple are very involved in Women Empowered, Gracie Academy’s self-defense program for women. Her program teaches 15 techniques that use leverage and timing against an assailant.  They are effective regardless of differences in size, strength, or age.