While driving down the highway, a motorist stopped his car and began recording when a trucker jumped out of his rig on a busy highway in Arizona.

The big rig is stopped on the highway, with a door still open and the engine still running. The camera then pans to the side of the highway, where a man can be seen carrying something in his arms. 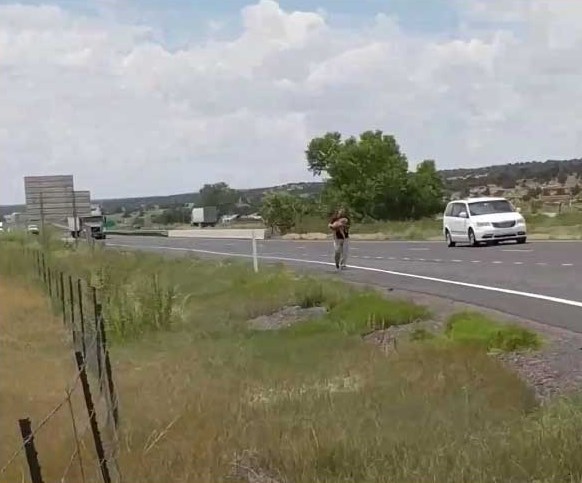 It’s later revealed that the truck driver stopped his rig after nearly hitting a lost puppy on the highway, and ran out to rescue the wandering puppy.

“Did you find that puppy up there, man?” asks the motorist.

“Yeah, I was gonna keep him!” says the truck driver.

“I saw him, and I really liked him. I almost hit him, so I said I have to pull over and get him,” the truck driver continued. 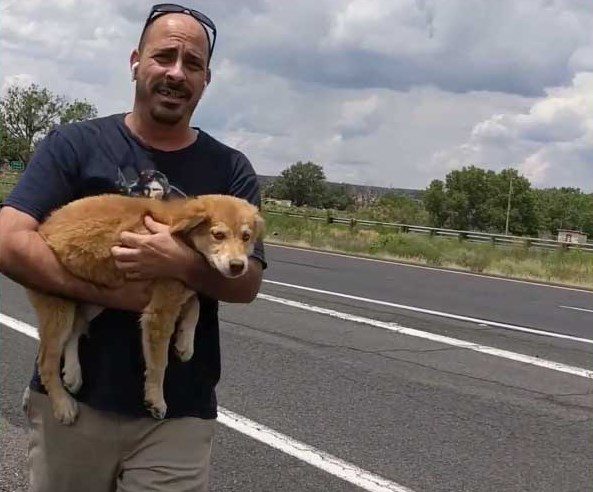 The motorist then thanks the trucker, who introduced himself as Richard Duran.

“We appreciate what you’ve done,” says the motorist.

“I didn’t even close my door man,” continued Duran. “I had to get him.”