Comedian Kathy Griffin said in a press conference Friday that she would stand up for free speech in the face of fallout from a controversial image of President Trump she tweeted this week, calling her firing from CNN “censorship.”

“I am not afraid of Donald Trump. He is a bully,” Griffin said.

Griffin expressed remorse for posting an image of herself holding a bloody mask of Trump, and she accused Trump and his family of “bullying” her. CNN fired her from its New Year’s Eve broadcast.

The fallout from her tweet was quick and severe, with celebrities and members of both parties criticizing Griffin for going too far. Trump responded to the post Wednesday morning, tweeting that Griffin should “be ashamed of herself.”

“My children, especially my 11 year old son, Barron, are having a hard time with this. Sick!” the tweet read.

There were also other Trump family members who condemned the post. Trump’s son Donald Jr. called the image “disgusting,” and said that the video Griffin later posted as an apology was “phony.” First lady Melania Trump said the video makes one “wonder about the mental health of the person who did it.” 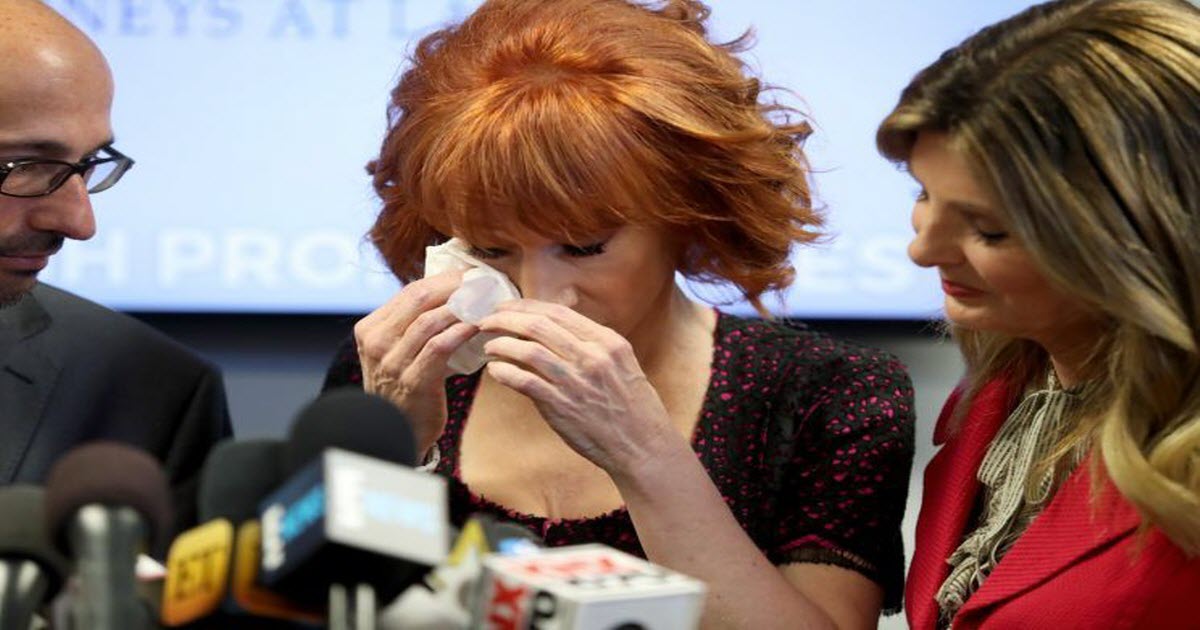 Griffin tearfully said she had been contacted by the Secret Service about the matter, and that she feared for the future of her career, noting that multiple venues have already canceled her shows. She also said that she has received death threats.

“The death threats that I’m getting are constant and they are detailed,” she said. “Today it’s me. Tomorrow, it could be you.”

Griffin feels that most of the criticism stemming from her post is because she is a woman.

“Cut the crap. This wouldn’t happen to a guy. … I have been living with this my whole career,” Griffin said, later adding that she was used to “older white guys trying to keep me down my whole life.”

Griffin’s lawyer accused Trump of trying to silence those who disagree with him.

“The message is clear: criticize the president, lose your job,” attorney Lisa Bloom said, adding that she has received hate mail for representing Griffin in the matter.